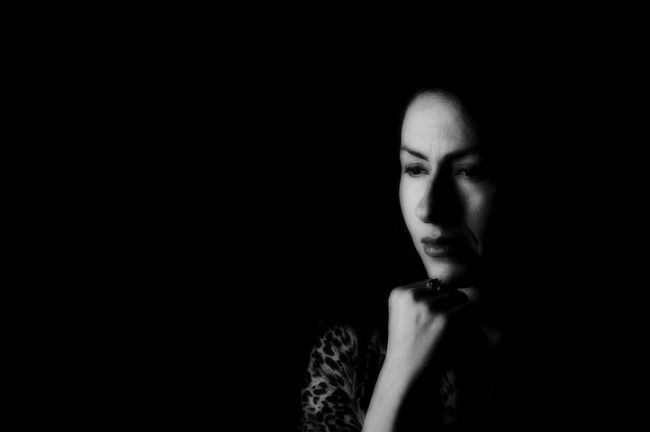 This is What Dark Feminine Energy Is – Do You Express It?

Why do you do what you do? What are your motivations? Especially in your intimate relationships. Answering these questions will help you to know what is dark feminine energy. And how to access the power of the “dark feminine.”

Everyone has both masculine and feminine energy. Feminine energy, like everything else, has its positive and negative expressions. The more you understand yourself, especially the parts you don’t want to face, the more self-love and self-empowerment you’ll have. I know you love yourself but there’s always more self-love that can be cultivated. Do you fully honor and love your feminine side?

In this article, I want to help you understand light and dark feminine energy. I’ll give you some examples of unconscious dark feminine traits. I’ll also talk about the power of the dark feminine and why it’s actually not dark but rather the empowered feminine.

To answer the question “What is dark feminine energy?”, you need to look at the dark side of yourself

It’s easy to ignore your least desirable personality traits. But bringing more awareness to them is how you grow. To know yourself, you must accept all of you. Even your bad qualities. Or rather… especially your bad qualities. That’s actually how you empower yourself.

We all have a dark side. In psychology, it is called the shadow. They are aspects of your personality (usually negative but not always) that you’re unaware of. As much as you may not want to hear this, it’s this dark side or unconscious part of you that causes challenges in your intimate relationships.

To understand another’s dark side, you must first develop compassion and awareness of your own dark side. Becoming aware of your dark femininity and how it negatively affects your relationships will enhance your life. This is the maturation process of the soul.

What is dark feminine?

The dark feminine is often expressed in it’s unconscious and disempowering form. And that form of dark femininity can be expressed in as many forms as there are aspects to your personality. Another name for it could be the wounded feminine. But when you bring awareness to the shadow side of the feminine you have access to great power.

The Shadow Side of the Feminine

It’s the unconscious and dis-empowered
part of the feminine.

A few examples of what dis-empowered dark feminine energy is:

What are your expressions of dark feminine energy? How have they affected your life?

Below are 3 all too common expressions of what dark feminine energy is. These are examples of dark feminine traits that will dis-empower you. And it’s good to become aware of them.

Women are emotional. This is not negative. Your emotions can actually be a source of your empowerment. But only if you know how to manage them. However, being a drama queen is the opposite of managing your emotions and is a good example of dis-empowered dark feminine energy.

A drama queen is when a woman has no self-awareness of her emotions. It’s an example of repressed feminine energy. She’s not emotionally empowered. She allows herself to spin out of control like a tornado destroying everything in her path. She uses being over-emotional as an unconscious way to manipulate and control others.

Society has taught you (and all of us) to repress your emotions. That they’re bad. But the problem is that emotions don’t go away, they just come out sideways in what I call the 3 D’s, Disease, Drama and Depression.

If you’re a drama queen it’s a perfect example of how disconnected you are from your emotions. You let them control you. And you’re not bringing the light of consciousness to the feelings you’re experiencing in your body.

I’m not making you wrong. I used to be a drama queen too. That’s why I teach this stuff. It’s important to understand what’s happening when uncomfortable feelings arise.

When your body is experiencing uncomfortable feelings, the mind becomes overactive.

You start overthinking, especially about your life challenges. Then because of your overactive mind, life becomes overwhelming, the feelings want expression and your Drama Queen alter ego takes front and center stage.

Here are some examples

You do this by learning how to properly process your emotions instead of repressing them. When you do you’ll transform your dark feminine energy into your personal empowerment.

2. Not Honoring the Sacredness of Sexual Union

Sexual union is an extremely intimate act. Far too many people, both men, and women take sex and sexual union lightly. My teacher once told me, “sex is very sticky.” She was not referring to the messiness of our fluids. She was referring to the energy bonding that occurs when two people have intercourse.

Energetically, sexual union binds two people together. In the name of free love and sex, and even women’s liberation, many women ignore this dynamic, suffering greatly later because of it.

Some spiritual traditions believe when you have intercourse with another you take on their karma. If this is true, having sex with a stranger, takes on a whole new perspective. What are you getting into? Besides the risk of STD’s, what are you walking away with? Someone else’s problems?

When you have sex with a man, as a woman, it’s very easy to receive his energetic imprint. Especially if he’s someone you have an ongoing sexual relationship with. That’s why many women don’t do well with the “friend’s with benefits” arrangement.

Women, women’s bodies and their sexuality are to be honored. And it’s an inside job. If you don’t honor the sacredness of your body everyone loses. As you get connected to the power of your divine feminine essence you’ll literally transform dark feminine energy into divine light.

I’m a woman’s advocate. Especially for women’s pleasure. One of the courses I teach is called Manifesting More Pleasure. It’s my idealistic belief that the key to peace on the planet is through having women experience more pleasure in the bedroom. Historically there has just been way too much duty in the bedroom.

Faking an orgasm is what I consider a dark expression of feminine energy. But the female body was designed for pleasure. I like to consider a woman’s whole body her pleasure center. Not just her genitals and breasts.

I want to point out a key concept. I’m talking about your pleasure. Not using your body primarily for someone else’s pleasure. And I think our culture has that a bit mixed up.

In my Manifesting More Pleasure course what often comes up in the discussion is a woman’s feeling of duty in the bedroom. It’s a sad state of affairs if all a woman feels is a sense of duty when it comes to sexual intimacy with the man she loves; the man with whom she is sharing her life with.

Never faking an orgasm, ever again, is the single biggest thing you can do to free herself from dark femininity. When you fake an orgasm nobody benefits!

One of a man’s deepest desires is to see a woman in a state of pleasure and ecstasy. Unfortunately, all too often women are putting on a show in the hopes of getting it over with.

Accessing the Power of the
Dark Feminine

Once you have really looked at the shadow side of the feminine that’s operating in your life you’ll be able to access the power of the dark feminine. It’s the transformation of both light and dark feminine energy.

You see we’ve been so programmed to think that being a woman, a sensual, sexual woman is sinful. That comes from deep regligious and cultural programming.

Once you have healed that part of you that conforms to the norms of society and make honoring your truth more important, you’ll have access to your true divine feminine power.

When you are not operating from repressed feminine energy your feminine side will be strong, sensual, and passionate. You’ll embody your authentic power because you have mastered the ability to go deep into emotional, sensual, and sexual experiences.

And these experiences have empowered you because they included a connection to the divine. An experience that gave you a glimpse of spiritual freedom.

Her sexual energy is not used to manipulate or control another. Rather she embodies this kundalini energy as her own divine power. A power that liberates her because she no longer holds societal sexual shame.

She has brought light to the dark feminine to reveal ancient wisdom that in the past used to be honored. This was during pre-patriarchal times.

The Power of the Dark Feminine is Expressed as Sacred Sexuality

As the patriarchal culture took hold all the inherent traits, gifts and talents of the feminine were oppressed. Things like, intuition, natural healing, listening to your heart over the logic of your head, and honoring your female body as sacred. This oppression distorted human sexuality and made the female body the scapegoat.

So as you work through the shadow side of your feminine, as described in the 3 examples above, you’ll be able to access the power of the dark feminine. And then this dark feminine becomes light. And your true authentic divine feminine power.

You are free from the ancient shackles of patriarchy that’s entrenched in the physical world.You honor your heart’s true desires and have access to your divine creative expression that makes you uniquely you.

In this sense you know how to dance with the light and dark feminine energy within you. You own your inner passions and don’t compromise your authentic self.

Leading with Love Not Fear

You lead with love, not fear, therefore pleasure (not pain) and heart-centered wisdom (not head-centered logic) are your guiding principles.

And you know that with these guiding principles you’ll bump up against current cultural norms. But you’ll work through any doubt because you are committed to the re-emergence of this divine feminine wisdom and power.

And in that effort, you’ll have to be bold, unapologetic, and fearless in order to let your true feminine power immerge.

Working with the dark feminine inside you is a restoration of the divine feminine, ie reclaiming your sexuality, your sensuality, your body as sacred, and your essence as Divine.

Whether you are male or female, reclaim that part of you that has been in the shadow. Have the courage to be your true self. This is the power the dark feminine can bring you.

To sum it up. Your dark feminine energy isn’t BAD. It’s simply the unconscious part of you wanting to become conscious. It’s ancient wisdom wanting to no longer be repressed but rather rebirthed. Ultimately you, like everybody else, just wants to be loved.

Start leading with love and your true light and dark feminine energy will surface for full transformation.

What is it for you? Your feminine soul is yearning to grow by bringing more awareness to your dark side.

I’m Anna-Thea, an author, and Certified Divine Feminine Educator. If this article resonated with you and you’d like to transform your dark feminine energy into powerful healing light check out my online course Unlock Your Divine Feminine Power with Love.