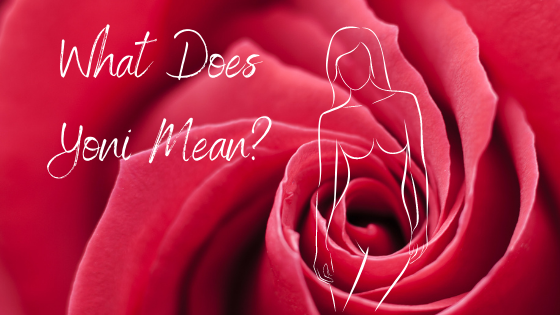 What Does Yoni Mean? It’s Important For Women To Know

The Definition of Yoni –

What does Yoni mean?

Yoni is the Sanskrit word for female genitalia. The word Yoni translated means “Sacred Space.” This is a term used to bring more honor and reverence to a woman’s womb and genitalia.

The Importance of the Word Yoni

Is the word Yoni new to you? This word is important for every woman to know. When I refer to a woman’s genitalia or female anatomy I always use the word Yoni.

Because Yoni means “Sacred Space” it’s a word that’s absolutely lovely! And depicts how women should hold their female anatomy… in high regard. It’s neither nasty nor clinical. It sounds normal and natural and most of all the definition of it is honoring to your female genitalia.

This word can be spoken publicly without a negative connotation attached to it, quite the contrary, especially if the meaning is known. I would like to encourage you to use the word Yoni when referring to your female parts. Simply making this one change will help you to honor and love your feminine side.

What Does Yoni Mean For YOU?

What type of relationship do you have with your female genitalia? Take a moment to think about it. Our culture is saturated with sexual shame. And women have often been the target and scapegoat for the sexual shame that exists in our culture.

To claim your power as a woman does not mean to be like a man. It’s really to own the sacredness of who you are as a woman. And really knowing deep inside (literally) that you hold something very healing, mystical, and sacred between your legs. The fact that women give birth to a whole new human being shows the power that’s held within us.

What does Yoni mean can become more clear when you embrace the word and start using it in your day-to-day vocabulary. When talking about your female anatomy (and I suggest you do that regularly) use the word Yoni. Don’t keep her hidden or shamed.

I want to encourage you to hold your Yoni in reverence. Give her space and a place to be held as such in your own actions and behaviors regarding “her.”

I think our society is taking a long time to learn that and my teachings are all about embodying this sacredness of our womanhood. And it starts with you claiming the sacredness of the deepest part of you… your Yoni.

Men play a part also. They too have a beautiful name for their genitalia.

The Masculine Counterpart to Yoni

What does Yoni mean becomes very important because as you claim the sacredness of your female anatomy you’ll attract in a more conscious lover. And the reason is that he’ll have a Lingam.

What does Lingam Mean?

Lingam is the Sanskrit word for male genitalia. Translated it means – Wand of Light.

And a wand of light is exactly what women need in order to awaken their divine feminine and creative healing force onto the planet. Are you putting up with an unconscious lover? It’s affecting your ability to evolve.

What women have had are swords instead of wands of light. A sword that has raped, pillaged, impregnated and abandoned. We carry this historical memory in the tissues of our Yoni. As women claim their sacred space we’ll see a different world. As we empower our younger women we empower the world.

Attract A Wand of Light

Your sexuality creates your reality. When you hold your sexuality as sacred and have more discernment with how you express it you’ll become more empowered. This is the work we all, both men and women, need to be doing however statistics show that when you empower women you empower the whole community.

So women, claim your sacred space. Learn how to use your feminine energy to connect with a man in an empowering way. And when you do you’ll attract to you a man with a Wand of Light…. a magical mystical healing device.

Are you ready to attract a man with a Wand of Light?

What resonated most with you in this article and why? Leave a comment below and let me know. Thousands of other women come to my blogs each week for inspiration and wisdom. Your comment may provide support to someone else. And help them shift the type of attitude they have about their sexuality.

Thank you for your courage to add your perspective. Please share this post with other women you love.

When I was doing lots of personal inner work and sexual healing a fountain of creativity emerged and was expressed within me. One of those expressions was my Yoni Poem which also became a Yoni Song. I’d like to share it with you here. You can even sing along with me. Listen to the words and let it heal and empower you.

I’m Anna-Thea, an author and Certified Divine Feminine Educator. If you would like to claim your Yoni and have a more sacred relationship with your body and your sexuality please check out my online courses. 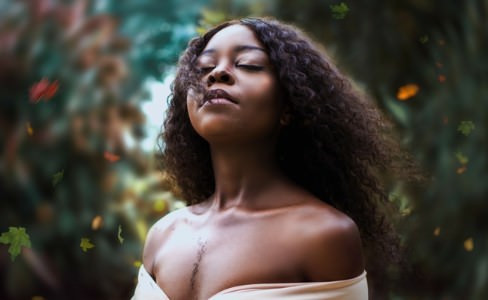