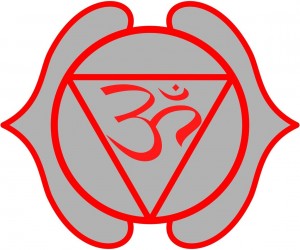 The Sixth Chakra: Knowing How to Trust Your Intuition

Is your sixth chakra open and do you have access to the wisdom it has to offer you?

What is the sixth chakra?

The sixth chakra, also known as your third eye, is your center for intuition, imagination, and being able to “see” clearly. It’s located between the eyebrows. The Sanskrit name for the sixth chakra is Ajna. The chakra’s color is indigo and the element is light.

As the intuition chakra, it teaches you how to trust your inner guidance and connect to your higher self. Your connection to higher states of awareness comes from your sixth chakra.

The sixth chakra symbol is depicted in the image above. It is the traditional symbol without artistic modification. Therefore energetically it holds within it the true Ajna chakra meaning.

Studying the chakras in an in-depth subject. In this article, we will explore the sixth chakra (the third eye) and it’s meaning. If you’d like to know about the other 6 main chakras see the following articles:

Articles detailing the other
6 Chakras

What Does the Sixth Chakra Represent?

To manifest something you have to imagine it first. You need to see it in your mind’s eye before you can create it. What are you wanting to manifest? Put your imagination to work and it will support the process of making it come true.

This chakra also involves your imagination and your intellect. So to make something manifest you must first have a vision. You are imagining it in your mind’s eye. Then you focus your mind with intention using your intellect to make it work and bring it to life.

Do you second guess yourself? That means your sixth chakra is not open and you don’t have access to your intuition.

To connect to your intuition (your inner guidance), it’s important to slow down. Your mind can be racing and filled with thoughts. Many of your thoughts can be influenced by other people’s opinions and agendas.

Signs that your sixth chakra is opening

This chakra correlates to your mental capacities, psychological skills, and how you evaluate the world around you.

Intuition. Your ability to follow your own inner guidance.

Negative expression of the sixth chakra include illusions, delusions, and seeing the world in self-serving ways.

It can be having an over-active mind but using it in a disempowering way. Suffering because you are more in your head and less in your heart. It’s as if your sixth chakra is open and active but doesn’t have access to your heart chakra so it’s actually out of balance.

Here are some examples of a negative expression of your sixth chakra.

In addition, this chakra is about gaining knowledge, and through that gained knowledge that is how you’ve attained wisdom. The difference between knowledge (facts and figures, physical proof) and wisdom is – experience.

When you know something because you have proof from research or literature, that’s quite different from personally experiencing something and being transformed by it. First-hand experience where you’ve been there and seen it is quite different than trusting out authority and that what they’ve told you is the truth.

That’s why, especially in this information age that we are in, that you have a strong sense of intuition – a gut feeling of what is the truth.

Here are some examples of positive expressions of your sixth chakra

Lesson of the Sixth Chakra

The Sixth Chakra teaches you to follow your inner guidance.

Tune in this week and listen to what your inner guidance is telling you. If you get an intuitive hit about something or someone, listen to it. Don’t second guess yourself.

You know, when you listen to your inner guidance, exactly what is right for you. Another exercise would be to see a challenging situation from a higher point of view. Step back from it emotionally. Don’t let that situation get you down. Look at it differently and in a way that allows you to expand and grow.

This exercise will help activate your third eye. Sit quietly, closing your eyes, and look up and out through the space between your eyebrows. This is a sixth chakra meditation.

When your other two eyes that you use to see the physical world are closed and you take time to look through your third eye, the space between your eyebrows you activate it’s ability to “see.”

I would love to hear back from you! Help me to help others feel connected to their bodies by sharing this information.

I’m Anna-Thea, an author and Certified Divine Feminine Educator. I educate people on how to claim their bodies as sacred. If you are ready to open and balance your chakras check out my Guided Chakra Meditation.

Connect to Your Divine Feminine Side & Attract More Love!
Open Your Chakras and Feel Balanced and Calm! 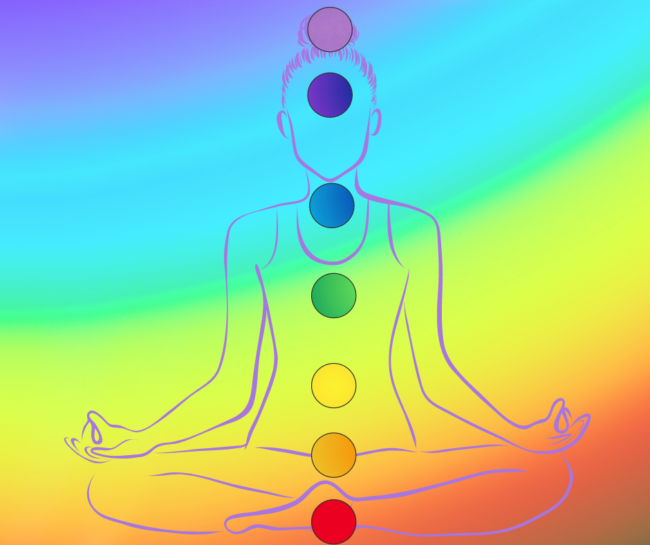