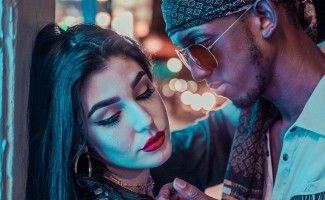 How To Recognize Passive Aggressive Behavior In Your Partner

Most of us were told that being angry and upset is bad. That’s why we learned how to cleverly mask it. Yes, cleverly. Instead of being connected to our feelings and being upfront and candid with others, we resort to behaviors that are disruptive to healthy relating. Often not doing it on purpose. It’s just that we don’t know how to give our feelings a voice and process our emotions.

Knowing How To Recognize
Passive Aggressive Behavior Is Important

Notice if any of these behaviors are yours. Don’t beat yourself up about it. I want you to know it’s not your fault. These behaviors have been passed down generation after generation.

But… knowledge is power. Read these 8 examples and see if you can become more aware of your behavior.

Many of us do these behaviors simply because we haven’t been shown how to deal with uncomfortable feelings. Knowing how to recognize passive aggressive behavior isn’t always easy because these behaviors are so common in our society and in our relationships. It takes effort and awareness to free yourself from this destructive relationship behavior.

But ultimately it’s about tapping into our feminine side. Yes, everyone. All Sexes. Because expressing our healthy feminine side makes communicating easier. Good communication requires slowing down and being receptive. It requires tuning into yourself. Something most of us don’t do. We react or shutdown without accessing our deeper wisdom.

With all of that said. Here are 8 examples of passive aggressive behavior. See if you recognize any of these behaviors in yourself or others.

8 Examples of How to Recognize
Passive Aggressive Behavior

Denying feelings of anger is classic passive-aggressive behavior. Rather than being upfront and honest when questioned about their feelings, the passive aggressive person insists, “I’m not mad” even when he or she is seething on the inside.

Pouting and withdrawing from arguments are common strategies of the passive-aggressive person. Passive aggressive behavior comes from a person’s belief that expressing anger directly will only make things worse. The passive aggressive person uses phrases like “Fine” and “Whatever” to express anger indirectly instead of communicating in a direct and emotionally honest way.

Passive aggressive people are known for verbally complying with a request, but behaviorally delaying its completion or not doing it at all. Their actions speak louder than their words.

5. “You just want everything to be perfect.”

Another passive-aggressive strategy is to carry out tasks in a timely, but unacceptable manner. For example, a child who is asked to make their bed and does it halfway. Or a husband who usually doesn’t help with housework and when he does he doesn’t do it thoroughly.

The passive aggressive person complies with a particular request but intentionally is inefficient. When confronted, he or she defends the work and accuses the other of being a perfectionist.

Passive aggressive people may express their anger covertly by choosing not to share information when it could prevent a problem. By claiming ignorance, the person defends inaction, while taking pleasure in seeing another’s plight.

Like backhanded compliments, sarcasm is a common tool of a passive aggressive person who expresses hostility aloud, but in socially acceptable, indirect ways. If you show that you are offended by the sarcasm, the hostile joke teller plays up their role as victim, asking, “Can’t you take a joke?”

The passive aggressive person is a master at maintaining calm and showing surprise when others, worn down by their indirect hostility, blow up in anger. In fact, the person gets pleasure from setting others up to lose their cool and then questioning their “overreactions.”

I hope this was eye-opening for you. And that it will help you to know how to recognize passive aggressive behavior when it shows up in your life. Learning to communicate with direct clear communication instead of unhealthy behaviors will enhance your relationships.

I’m Anna-Thea an author and Certified Divine Feminine Educator. If you would like to find out more about how to recognize passive aggressive behavior cultivate direct clear communication check out my online courses and my Communicating To Create Connection course.

Connect to Your Divine Feminine Side & Attract More Love!
Be sure to grab the FREE Course to Improve Your Communication