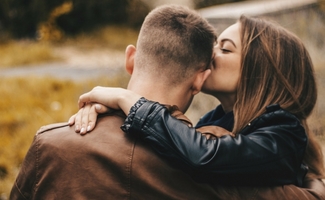 How To Not Argue In A Relationship

Not arguing in a relationship takes greater self-awareness. Are you arguing too much in your relationship? Do you want to stop fighting with your spouse? Do you wish you could just avoid arguments all together?

What will it take to create more harmony in your relationship?

If you’re arguing too much in your relationship then you’re not tapping into your feminine energy. In addition, there’s is one big change you can make to instantly smooth out the rough edges of your relationship.

How To Not Argue In A Relationships
Comes Through Taking Responsibility

Most of us when we arguing, are trying to point fingers, blame and make a point. It’s easy to blame the other person but when you start to take responsibility for your part it shows your vulnerability. And it’s through vulnerability that you can develop true authentic loving relationships.

This is NOT about taking all the blame, nor is it about being a victim. Relationships are co-created. Most of us like to believe someone has done something TO us. But the reality is they’re just living their lives and doing their thing. I don’t believe the person you’re in love with is out to get you. They just aren’t aware of everything you want or need. That’s your job to tell them.

If you want to know how to not argue in a relationship take charge and take responsibility for what you want and desire in your relationship.

He works too much and your pissed off!

For example, let’s say you’re frustrated because your man is working way too much. You hardly get any quality time with him. You feel neglected. And you’re hurt because he seems so distant. And the worst part is that it doesn’t seem to bother him at all. If anything he’s really excited about his work and you have officially taken back seat in his life.

Then when he is around and wants some attention, mostly sex, you get pissed off and irritated with him. When the two of you do have time together it ends up being one argument after another. And about little things. You’re scared because you see the relationship falling apart right before your eyes.

In this particular situation, you probably have a need for quality time. Don’t get angry and irritable the next time your man comes home after long hours of work in hopes of a “roll in the hay” with you. Instead, ask for what you need. Take responsibility for your life. If you want quality time with him let him know that. But you have to do it in a way where he can really understand.

Don’t yell at him or blame him for his long hours of work. Instead, let him know there is something on your heart that you want to talk with him about. Ask him when would be a good time to discuss it.

Making requests in a non-offensive way increases your chance of being heard and understood. You need to speak to him using your wise woman’s voice and not from the voice of a little girl having a temper tantrum. Learning how to not argue in a relationship requires learning how to manage your emotions.

How to not argue in a relationship requires new skills.

So many couples have an argumentative relationship. It’s simply because they don’t know anything different. Their parents probably role modeled this argumentative behavior. It takes energy, effort and learning a new skill to free yourself from constant arguing in a relationship. Arguing with your partner is a drain on the relationship.

The top 5 things couples argue about are money, sex, work, children, housework. These are big parts of our lives. It’s worth it to learn new communication skills if you want more peace and harmony in your relationship. I call those that know how to communicate in a calm and direct fashion Divine Feminine Communicators.

Divine Feminine Communicators are people who have developed the skill of processing their emotions and uncovering their core need. Then speaking to that core need instead of nagging, blaming shaming, arguing etc. They know how to take care of themselves emotionally. And they understand the power of communicating from their heart and the wisdom of their feelings instead of from the insanity of their mind.