In order to love your female sexual anatomy and know your sexual needs, it helps to know what you have “down there.”

Many women are in the dark as far as knowing what they have. Having a man touch you in a way that “almost” feels good or is hit and miss can be frustrating. How often have men, with a focus of vaginal entry, stimulated the vagina, when what a woman may have preferred was to have her clitoris consciously touched?

Or how many men have been lost when trying to find the clitoris? We can’t leave it up to our partners to be responsible for knowing our female sexual anatomy or our needs. It’s important and empowering to take responsibility for our own sexuality and sexual needs, and that includes knowing “what’s down there.” It is easier for a lover to please a woman when she understands her body and her female sexual anatomy.

What is down there? To address this subject, I could write another book. It is beyond the scope of this article. However, I would like to provide a brief summary. I also recommend taking a mirror, sitting down in a comfortable place where you have privacy, and looking at yourself. Take a good, long look; get to know yourself. If you want to be an empowered woman and love your body, it is important to know what your Yoni looks like. And remember, your Yoni is as unique as your face. No other woman has a Yoni like yours.

So again, what is down there regarding your female sexual anatomy? You have outer lips and inner lips. Also, you have a clitoris that is more than simply a little button. You have a g-spot and an anterior fornix erogenous (AFE) zone. In addition, you also have the ability to ejaculate, somewhat similar to men.

The clitoris, g-spot and AFE zone (or cervix area) are considered the three gates, according to Saida Desilets. The deeper you awaken your Yoni, meaning awaken the first, second and third gates, the deeper you go into yourself, and the deeper the emotional release. For most women, opening the deeper gates requires a deeper level of safety, surrender and emotional intimacy.

It is easy for women to stay at the first gate, the clitoris, since, for most of us, it is easy to get to, easy to find, and loaded with nerve endings designed for pleasure. It is easy for a woman to believe that’s all there is. And the clitoris is powerfully important. It’s the only organ in the human body designed for one purpose…pleasure.

For example, a man also uses his penis for urination. The clitoris is not simply a “button.” It is much more than that.

A whole organ lies under the outer Yoni. The visible button part of the clitoris is where the inner lips meet at the top. The unseen part has erectile tissue and “legs” that extend into the body along the pubic bone as much as four to five inches. Crus is the singular term, and crura is the plural name for the two “legs” of the clitoris that are part of the clitoris’ anatomy. The corpus cavernosum, crura and the bulb of vestibule are all erectile tissue that become engorged with blood (similar to a penis) when aroused.

The pudendal nerve innervates the clitoris. I find it interesting that the Latin word pudent means, “it shames.” Our highly-sensitive erogenous and pleasure zone is rooted in a Latin word meaning shame. No wonder women have had a difficult time cultivating pleasure.

Knowledge is power. Free yourself from this linguistically-rooted shame. Your first gate, your clitoris, is a powerful pleasure tool, which contains more than eight-thousand nerve endings. Its sole function is to have you experience pleasure! This is an important part of your female sexual anatomy.

The next and equally important part of your female anatomy is your g-spot. The g-spot, an actual organ that can be stimulated and produce ejaculatory fluid, is the second gate. It is the female prostate gland, and is located on the anterior wall of the vagina. It contains a network of erectile tissues as well as 38 to 40 ducts and glands.

The g-spot is not just a spot…it is an actual organ that can be felt and stimulated through the vaginal wall. If you take your tongue and put it on the roof of your mouth right behind your teeth, you will feel a ridged area. The g-spot has a similar ridged area. If you take your finger and put it inside of your vagina, you will feel ridged tissue on the belly side of your vaginal wall. Though it varies from woman to woman, it is not far inside the vagina.

Amrita, though not part of female sexual anatomy, had to be mentioned. Amrita is produced when the g-spot and second gate open. The word Amrita is Sanskrit for divine nectar. It is ejaculatory fluid. Though more women are becoming aware of our ability to ejaculate, many women, when experiencing ejaculation, think they are wetting the bed. This causes embarrassment and shame.

Amrita can vary from a few drops to cups. It can be a forceful stream or not. Both men and woman ejaculate prostatic fluid. The difference is that men’s ejaculate contains sperm. When they ejaculate, men can easily lose energy if done too often.

For women, it is the opposite. When a woman ejaculates, it renews her. Female ejaculation represents a woman’s ability to be comfortable in her masculine side, giving her essence out to the world. On an energetic level, her divine nectar is good for the world. It is part of how she represents herself as an autonomous woman embracing her sexual power.

Due to the way we have made love in the Western world, the g-spot can often be quite numb. All women have the ability to ejaculate. If you don’t ejaculate, there is nothing wrong with you. However, if you would like, you can teach yourself how to ejaculate. It may take a fair amount of time and patience to do so. Deborah Sundahl is the author of Female Ejaculation and the G-spot. I recommend her book in order to gain a better understanding of your g-spot and the sacred fluid it can produce.

The AFE zone is not a commonly known part of the female sexual anatomy. The AFE zone, or Anterior Fornix Erogenous Zone, also called the A-spot, epicenter or second g-spot, is the third gate. It can also release fluid. It is located on the anterior (belly) side of the vaginal wall, deeper in the vagina near the cervix.

Having your cervix consciously massaged and touched can be very arousing. There is not much research regarding the AFE zone since few women have had that area awakened. Saida Desilets talks of a heartgasm when this third and deepest gate is awakened.

As we become more sexually conscious, i.e., have greater Yoni Awareness, we will awaken the deeper gates. As we do, we will fully embrace our power as women. By the time it is common for women to have an awakened third gate our world will be a different and better place.

As women, we are leaders of love. We have medicine for an aching planet. We must first deeply love ourselves, all of ourselves if we are to lead this world back to a place of love and have peace on earth. This includes loving your private parts and having a sexual relationship with yourself.

That is only the beginning! If this article resonated with you and you would like to learn more about your femininity and female sexuality check out my online courses. 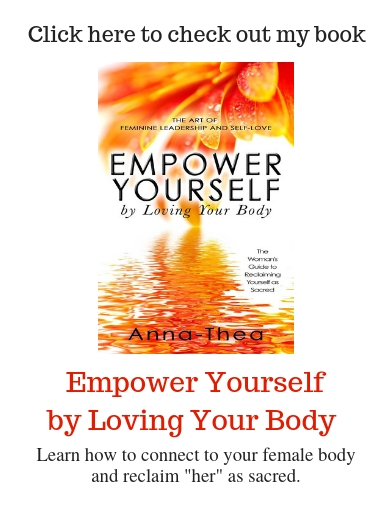 Find out how you can get more in touch with your feminine side.